From fuel-efficient engines to biometric access, these advanced car technologies define the future of automobile industry.

Technology has put wheels under the vehicle of the advancement of the global world. It has taken the world by storm and no one can think of carrying out any work without using techy tools and equipment.

Every industry no matter small or heavy is trying to acquire latest technologies so that it can leapfrog its rivals and the automotive industry is no exception.

Ever since the dawn of 21st century, automobiles have massively improved in terms of technology and car engine efficiency. Things that could only be imagined a few years ago, can actually be seen in use now.

Vehicles are becoming more and techier, thus contributing to the overall progression of the industry. Initially, advanced technology was only used in high-end executive cars but now the healthy competition among vehicle manufacturers has forced them to introduce top-notch advanced car technologies in low price budget cars too.

AEB is one of the latest and advanced car technologies that are specially developed to enhance the safety features of the vehicle.

It is undoubtedly the future of the vehicle braking system. We can see AEB installed in Mercedes-Benz Hatchback which is not a very expensive car. AEB employs a number of cameras mated with a radar. It can effectively detect if an object appears in the middle of the road and pose a danger.

What it does next is amazing; it takes over the control from the driver and brings the car to a halt. This technology mitigates the chances of an impact or accident, rendering the travelers safe and sound. It is one of the key assessment features of Euro NCAP and might actually save your life one day.

Did you ever imagine that you could change the feel of the car according to your mood?

Well, you don’t have to imagine anymore as you can actually use this feature in your car without breaking the bank for it. It used to be the feature of high-end sports cars but now many car manufacturers have equipped numerous vehicles with this technology.

Now you can get it even in models like Seat’s Leon family car. This feature also includes Seat Drive Profile which allows you to choose from different options for throttle response and steering reactions.

SDP also enables the driver to use four different modes of the drive including Normal, Sport, Eco and Individual.

The utility of LED lights is not a secret anymore as everyone is aware of their effectiveness. LED lights provide better visibility in the dark over outdated halogen bulbs and make driving a relaxed and safer experience.

The latest technology of adaptive LED headlamps has put the cherry on the top. This artificial intelligence enabled headlights can observe the surroundings and illuminate according to them. These front mounted lights brighten the sides of the road if the speed of the vehicle is slow as at slow speeds driver usually look around to find some shop or address.

On the other hand, the beam is focused ahead on the road while at high speeds. Similarly, when they detect cars approaching from opposite direction, LEDs are turned off to avoid glaring the eyes of oncoming traffic. This feature can be observed in BMW 118i.

With innovations coming out on regular basis, car makers are also continuously improving their models in accordance with the advanced car technologies.

Adaptive suspension permits a driver to swiftly shift between softer ride and firmer one, which means one car can satisfy the multiple preferences of multiple drivers.

It makes sure that the passengers enjoy a smooth ride with minimum jerks. BMW has extensively used adaptive suspension in many of its models and BMW 520d saloon is one of them.

To be able to drive during the night as quickly and safely as in the broad daylight is the dream of every driver. But minimum light and very low visibility at night become a hindrance in fulfilling this dream.

Now the technology has a satisfying answer to this question. The use of infrared cameras has allowed car manufacturers to provide the driver with a much better visibility during night rides. The brand new DS 7 SUV is equipped with this feature of night vision.

The driver can see pedestrians and animals on the road from a long distance as they are displayed on the instrument panel. The color of the display depends on the distance from them as when the vehicle gradually comes closer to them they turn red from yellow as a caution.

Driving is a hectic task which demands constant attention. Keeping it in view, various technologies were introduced to reduce the workload of drivers without disturbing their focus and gesture control is one of them.

This system works perfectly in Volkswagen Golf Hatchback. Gesture control enables the driver to control the functions of the car with merely a gesture or wave of the hand.

In this way, it is easier to operate navigation systems and other systems without taking the eyes off the road. For example, you can produce a right to left gesture to switch pages through the system, or you can adjust the frequency of the radio with a single hand movement.

Another advanced car technologies are the keyless entry into the vehicle. This techy tweak allows the car owner to enter the car without putting the key into the keyhole, instead, it involves placing a finger on the biometric-enabled sensor which allows instant entry into the car.

This feature has also significantly reduced the chances of car theft. The next step in this technology is the biometric-enabled ignition which means you can start the car using your fingerprint. So it can be said that the whole car is now at your fingertips.

It is an established fact that health is the topmost priority of everyone. It would be a nightmare to face some health related problem when you are away from home or medical facilities.

Now cars can take care of this aspect too. Ford Motor Company perceived this idea and turned into a reality.

Sensors are installed in the steering wheel and seatbelt and they keep a track of driver’s vital medical stats. In case of medical emergency, the car can pull over automatically and call paramedics as soon as possible. 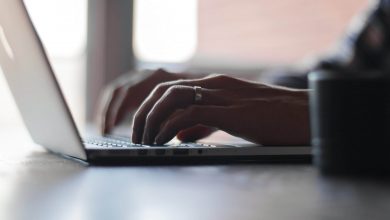 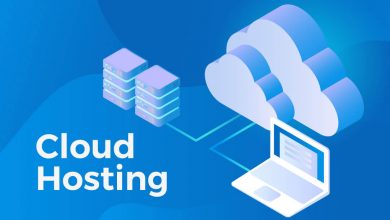 Why Your Website Will Load Much Faster With Cloud Hosting 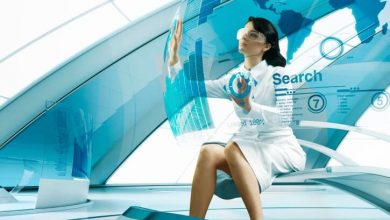 How Technologies Are Helping To Predict Future With Working Concepts? 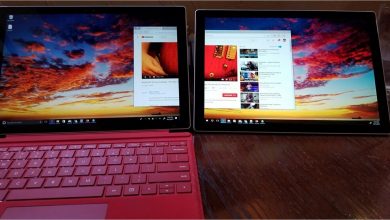 Can You Use A Laptop As A Monitor