What brings Windows 9 and iPhone 9 together? That’s right, they don’t exist.

And how do you feel about the idea that the new flagship Samsung Galaxy S10 will not be, and instead of 10 the world will see the apparatus Samsung Galaxy X.

At the moment it is known that Galaxy X will be the first smartphone in the world with a flexible display and very thin frames. Moreover, it has passed certification, and by the end of 2017 Samsung will release the first prototypes with the bendable display.

The appearance of the device in the database of the National Agency for the Research of Korea once again confirms that the Galaxy X will soon see the world and appear before it in all its glory.

The smartphone is not official, so everything discussed here is based on rumors, leaks, prediction, etc. This phone could be a game changer for this company.

The concept of a smartphone with a bendable display was introduced long ago and you surely remember how Samsung and LG several years ago released curved devices.

It’s been a long time, in 2013, but what’s most interesting, the curved smartphones have turned out differently. The LG G Flex manufacturer decided to bend the height from the bottom to the top edge, but the Samsung Galaxy Round got a curved display on the width.

Already then there was talk about how soon the manufacturers will start to produce folding smartphones (not to be confused with Clamshells) because the size of the devices grew and some of it frightened.

But the experiment, which received such a wide publicity, quiet and all safely forgot about the FOLDABLE displays, all returned to their circles.

Now about FOLDABLE devices again spoke and the reason of active preparation of the South Korean brand to the announcement of Galaxy X.

So what will be the future Galaxy X? So far, there is no accurate data about it and much fewer leaks regarding the appearance.

Moreover, it is still unclear how the smartphone will be folded-as a clamshell or a type of book? Another nuisance is the fact that the certified Galaxy 10 in Korea has a model number SM-G888N0, where the last two letters NO mean that the smartphone is intended exclusively for the domestic market.

It is quite possible that this is a certain experiment and in Samsung in this way test, and at the same will determine the popularity of the device. Only then will it become clear whether the novelty will be spread all over the world.

In addition to the frameless and upsetting display, Galaxy X will get a new type of user identification-face scanner. Yes, Samsung already has a Galaxy Note 8 with a human face recognition feature, but this time Galaxy X is not Samsung’s own development.

As for the technical specs, it is quite expected Galaxy X will receive the latest Exynos processor with eight cores and a frequency of 2.5 GHz.

While the data on the chip is small, but it is known that in Antutu it equal by the power with Apple A11 Bionic, gaining up to 220 000 points.

RAM should be expected no more than 6 GB because even so much memory for such a device is enough.

Of course, there are and prepared smartphones with 8 GB of RAM, but it is simple marketing and extortion the buyers of additional funds, with so much RAM in the next 2-3 years will not be justified.

By the way, so far no one knows, and what kind of diagonal display will get Galaxy 10? It is likely that the minimum will be 5.8-inches. Resolution is unlikely to be higher than 2k, as in flexible smartphone to install a large battery will not work, and charge 5 times a day smartphone nobody wants.

But the most important thing, what will make Galaxy X? Whether it will be metallic with a plastic insert in a place of a bend or it is completely made of a special kind of plastic, glass? The answer to this question now will not give anyone, and Samsung representatives about this moment silent. Well, we just have to wait. 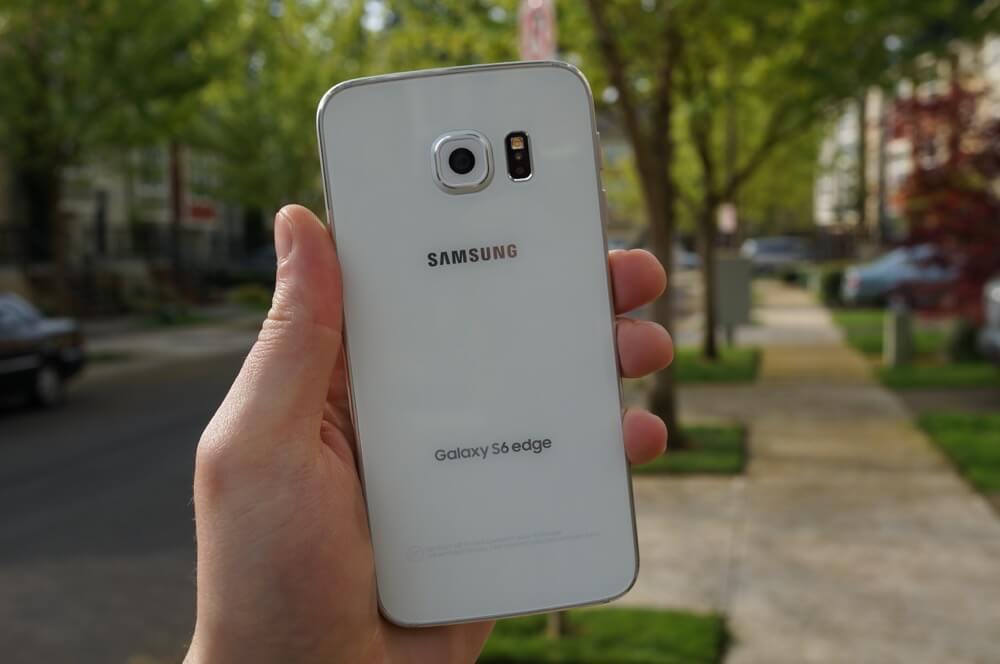 The camera on these two phones can give you a great experience. The use of intelligent variable aperture, Samsung Galaxy s9, and s9+ in the shooting aspect of natural sincerity is full.

In addition to the large aperture up to f/1.5, Samsung Galaxy S9/s9+ ‘s very impressive innovation in photography is the use of adjustable intelligent variable aperture. The change in aperture brings about changes in the amount of light and depth of the lens. Large aperture can bring about the virtual effect of shallow depth, the amount of light into the foot, shoot girls and macro effect of natural good, and small light circle can bring a greater depth of view, suitable for shooting big scenes.

The biggest significance of variable aperture is the integration of these requirements together. Compared with the previous two-shot scheme, this physical level of the aperture adjustment effect is more natural, closer to the camera shooting effect, situational adaptability is also higher.

Self-cultivation beyond the big aperture Samsung Galaxy S9/s9+ ‘s camera has a super-fast full dual-core sensor supplemented by a dedicated independent dynamic memory can be the highest 12 frames of the picture in one, the details of the photos are more assured that the light color control is more accurate.

In addition, OIS optical image stabilization also ensures that the photo will not be lost because of jitter. Samsung is equipped with the Galaxy s9/s9+ feature, can capture 960 frames per second. For those of you who love facial expressions, dynamic animation based on AR technology can be used to share real-time responses and imitate the user’s 3D expression, which is quite similar to Apple’s iPhone X.

When is it coming?

So many rumors have appeared for the release date of this phone but what will come true? We heard the Galaxy X will be released, along with Galaxy S10 and it makes sense. It could happen in the first quarter of the next year.

And yes, this expected to cost a lot.

Samsung Galaxy S9 Duo (Galaxy S9 and Galaxy S9+) are finally available and waving loudly to impress customers in the market. They were announced at MWC and here we are sharing some points that prove they are impressive. Samsung’s latest flagships are optimized to excel at almost everything that matter when it comes to best mobile experience. 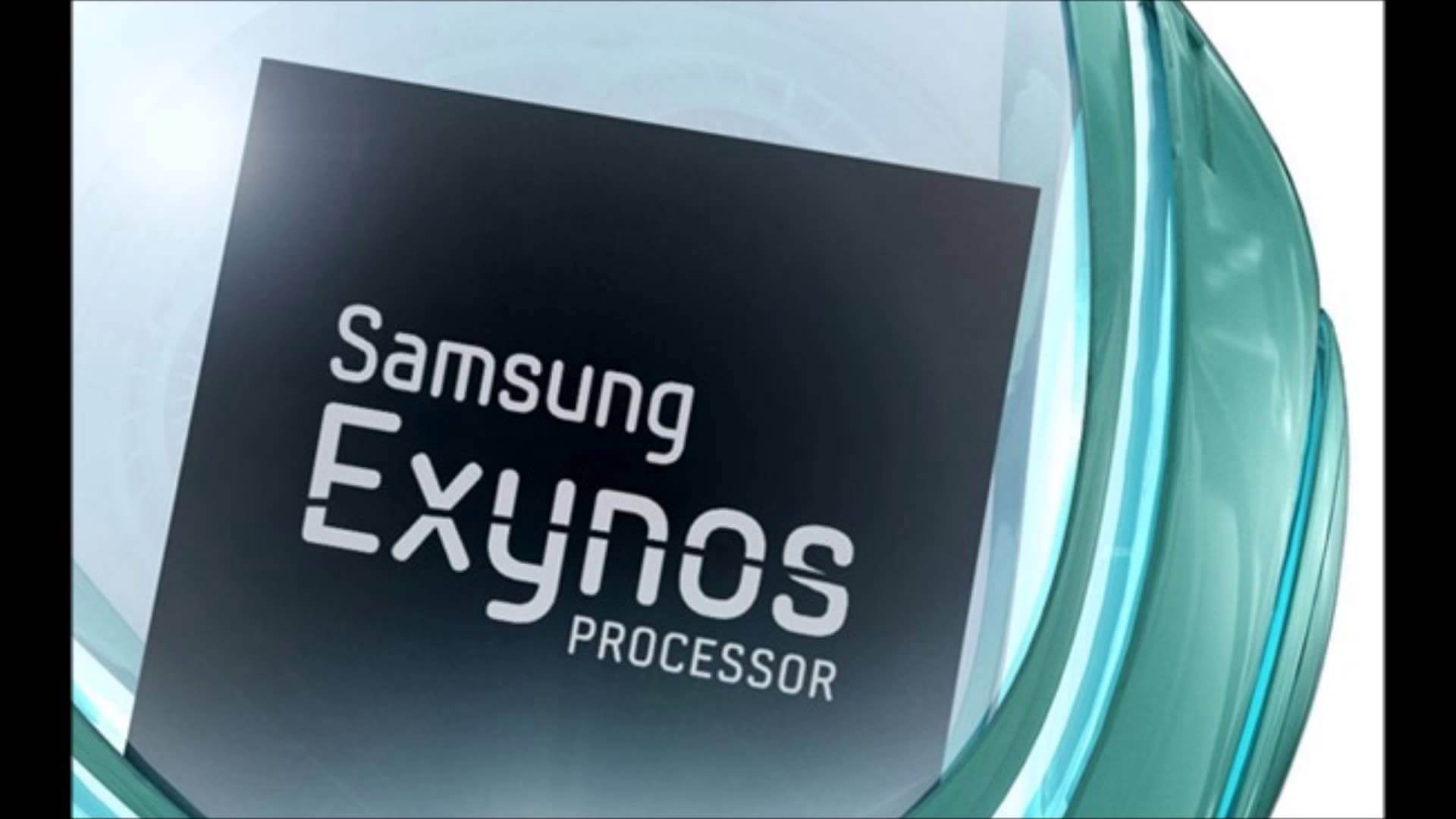 The rapid biometric identification matter, safe and convenient to both Biometrics has become a major trend in mobile phone development in the past two years, and its application is not only to unlock the ” Qi”, but also to derive convenience functions such as the fingerprint.

Unlike Samsung S8, the iris recognition and face recognition are integrated into the Samsung Galaxy s9/s9+, which can intelligently identify the user’s actual situation for intelligent selection. Samsung has also launched a dedicated fingerprint recognition function to protect the user’s personal information.

Users can access a protected folder using a finger that does not have a fingerprint unlock. In this way, the simplicity and security of the Samsung Galaxy s9/s9+ are guaranteed.

Like the previous generation of s8/s8+, the Samsung Galaxy S9 also features a surface screen and an adaptive contrast enhancement for an illuminated environment. 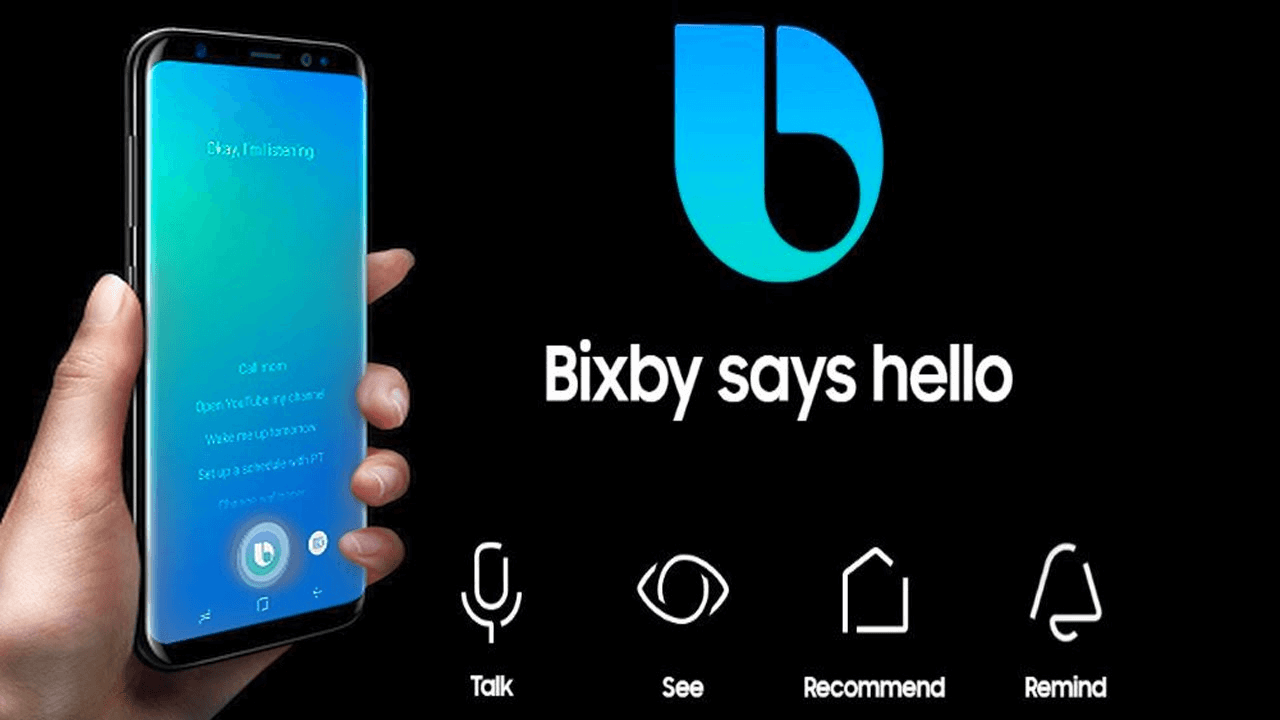 A higher level of intelligence, starting with Samsung’s previous Galaxy S8, Bixby began to shine as Samsung’s exclusive AI. Bixby has a higher degree of intelligence than an ordinary voice helper and is more usable with a separate home page customization and physical key addition.

Samsung took the lead in using a very distinctive dual loudspeaker to achieve a stereo effect. In addition, given the AKG’s technical buildup in the audio field, the sound quality of the Samsung Galaxy s9/s9+ stereo speakers is guaranteed.

So should you pick?

All mentioned points prove these phones are impressive. Whether it’s a camera with a variable aperture, or an excellent screen, or a smarter system, you can see how deep Samsung is in these two handsets.

The Samsung Galaxy s9/s9+, the leading producer of the market, is bound to have an enormous impact on users, particularly innovative design elements such as intelligent variable aperture, and stereo speakers. And with the phone’s iteration, the impact will be in the design of other Android phone brands. 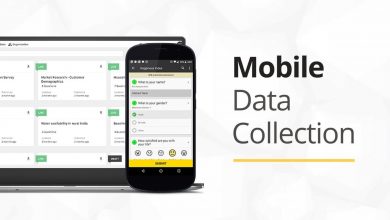 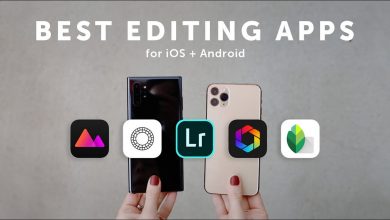 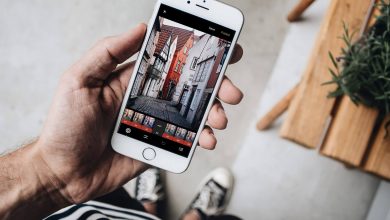 How to Do Photo Retouching Using A Smartphone Like a Pro 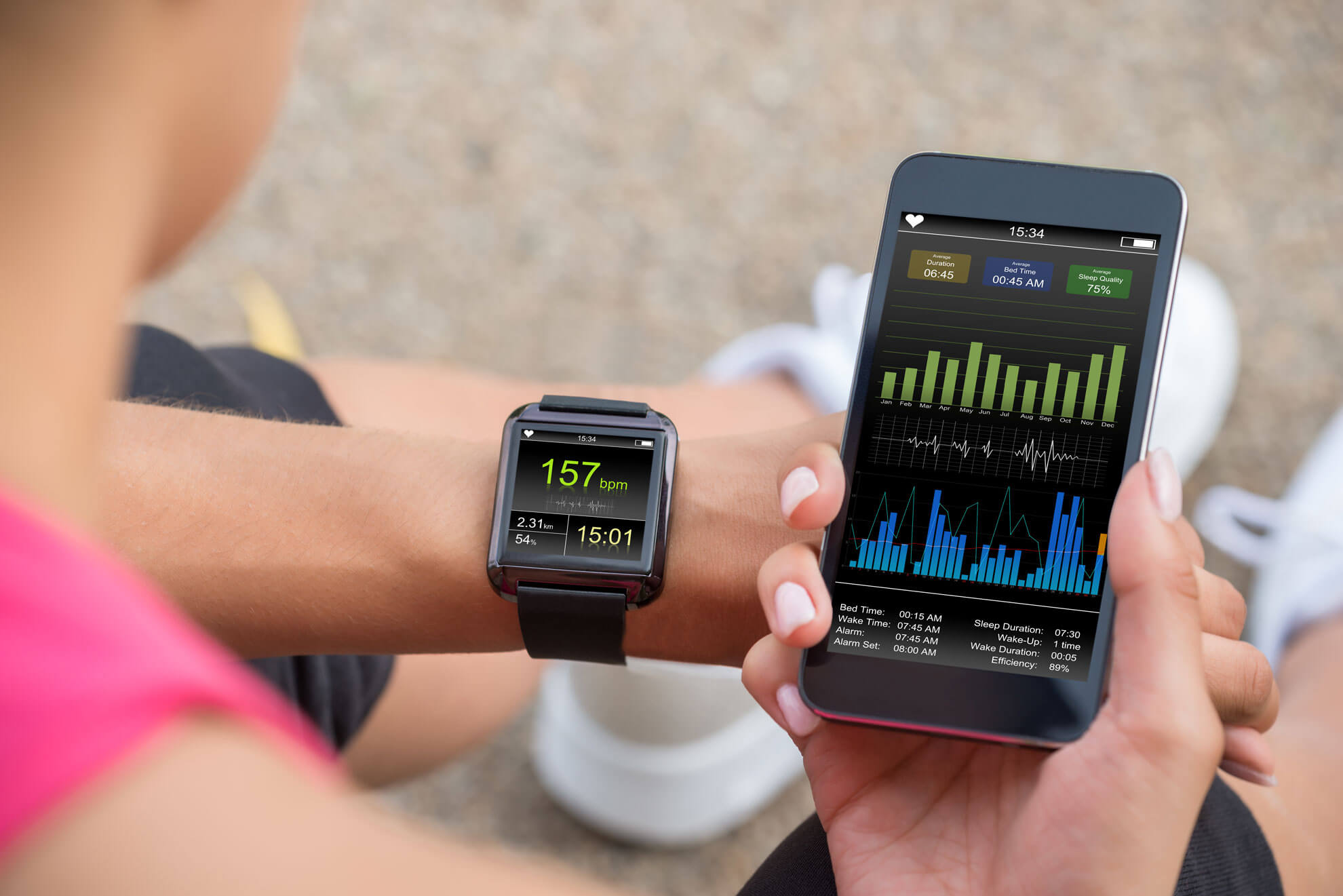